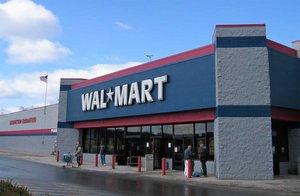 Let’s dive right into the discount shopping thesis by examining the Wal-Mart conundrum. Wal-Mart has been receiving lots of positive publicityfrom its good works in the Katrina aftermath.

Wal-Mart Stores Inc. is enjoying its best publicity in years as even its harshest critics laud the retailer's Hurricane Katrina relief efforts.

But Chief Executive Lee Scott isn't resting on his laurels just yet.

For years, Wal-Mart largely ignored its image problems as customers
flocked to its stores and its growth seemed nearly unstoppable. But
the company acknowledges that it can no longer dismiss increasingly
vocal and well-organized groups that are having some success in
blocking its U.S. expansion, particularly in urban areas.
...
He estimated that Wal-Mart's critics are spending $25 million on what
he calls the largest and best-financed campaign in history "directed
at slowing this company down."

As more and more communities adopt restrictive zoning laws, he has
asked executives to come up with ways to speed up Wal-Mart's U.S.
expansion.
...
"I think most reasonable people would say zoning will probably be more
difficult in 5 years or 10 years than it is today," he said in a
presentation to analysts. "And so every store we get today over what
we normally would have planned might be the store that would have
really been delayed in the future as zoning got tougher and tougher."
...
Things won't get any easier this holiday season. A documentary by
filmmaker Robert Greenwald is slated for release in early November,
and both Wake Up Wal-Mart and Wal-Mart Watch have scheduled a national "week of action" in November to try to turn up the heat on the retailer.

I have friends who wouldn’t be caught dead at a Wal-Mart. A college roommate works in DC on preserving traditional Middle America main streets. His work often entails fighting Wal-Mart incursions that destroy halcyonic small town civic life by shifting commerce from the town square to acres-of-asphalt-just-off-the-interstate.

Nevertheless, when the wife and I rent a car and leave precious Manhattan, we often keep an eye out for a Wal-Mart, or if we’re lucky, a Target. There, we can pick up vast quantities of bargain-priced potty paper, papertowels, and other household items at prices that NYC merchants like Duane Reade openly mock.

When it comes down to it, I’d rather save a dollar on the necessities than spend more at a quaint main street mom-and-pop. And considering Wal-Mart's success, I'm not alone in this assessment. 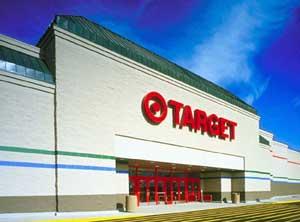 But when we want the best of both worlds, cheap prices and that good clean consumer feeling, that’s when we prefer Target, or Tarzhay, as it’s pronounced by us UHBsnahbs.

Cash-strapped social work students I knew back at Wash U lahhhved the Target Greatland. They treated shopping there like they were headed to Bergdorf’s, of course, I'm assuming those Midwesterners knew what Bergdorf’s was, back in those pre-Sex in the City days.

But wait, before we get too excited about a WMT buying opportunity, note the following article by Dune Lawrence, published yesterday by Bloomberg:

S&P 500 shift could hurt Wal-Mart
...
Some analysts believe shares of U.S. consumer companies such as
Wal-Mart Stores Inc., trailing the Standard & Poor's 500 Index in
2005, will fall further behind as S&P completes a shift to valuing
companies based on the stock available for trading.
On Friday the S&P adopted a "free-float" method of calculation,
excluding all the shares owned by insiders or other corporations when
determining the weighting of companies in its U.S. benchmarks. The
weight previously was based on the number of shares outstanding, no
matter who held them.
...
Index-fund managers must move $7.8 billion out of the S&P's two
consumer-related sectors and technology and into the remaining seven
industries, according to research by Paul Lieberman, a quantitative
strategist at Bear Stearns & Co. in New York. Of the total, he expects
$7 billion to come from consumer shares.
...
The index provider classifies Wal-Mart, the largest U.S. grocery
retailer, along with the makers of so-called consumer staples such as
food and soap. An index of the staples group's S&P 500 companies has
dropped 0.1 percent in 2005.
The staples group will have the biggest drop in weight among the
S&P 500's industries, 0.49 percentage point to 9.52 percent, according
to Bear Stearns. The decline will reflect selling in Wal-Mart.
Descendants of Wal-Mart founder Sam Walton hold twofifths of the
stock, and their shares will be excluded from the calculation. The
retailer will fall to 1 percent of the index's value from 1.3 percent,
according to Bear Stearns, and the resulting outflows of $3.5 billion
will be the highest for any S&P 500 company. Wal-Mart shares already
have slumped 15 percent this year.

So perhaps we should wait for that ridiculous Wal-Mart smiley face to bounce around and rollback the WMT stock price, or just wait for the S&P to do it, before making a move.

Posted by WershovenistPig at 2:31 PM