Satellite in my eyes, like a diamond in the sky, how I wonder... 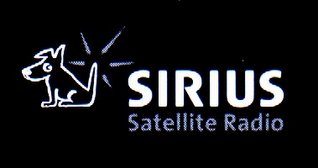 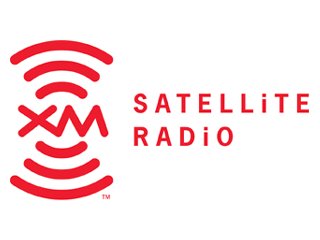 Wednesday night, between innings, I quickly flipped by Cramer's Main Event II on CNBC. I would have stayed and watched some Mad Money, but baseball beckoned, and I had seen the first live Main Event and found it somewhat embarassing. He tries just a little too hard to ham it up in front of a live audience.

I digress. In those two minutes of avoiding Levitra commercials on Fox, a woman asked Cramer if she were nuts to invest 40% of her portfolio in Sirius on the run-up to Howard Stern's pending arrival on the network.

But it got me thinking. And I came up with some questions; some hypothetical, some rhetorical, some downright answerable:

Is Sirius a trade worth considering?
Or is the better-run, higher-subscriber-base XM a better trade?
Are either of these stocks investible, as opposed to tradeable?
Should investors flee Viacom/Infinity Broadcasting?
Stern's over 50; Is 50 the new 30 or is Stern getting old?
What about Stern's recent ratings decline?
Will enough listeners follow him to Sirius?
Will the questionable talent that's replacing him on Infinity, Diamond David Lee Roth and Adam Carolla, drive more people to plunk down a monthly subscription to Karmazin?

First off, I checked out Morningstar's free analyst reports on SIRI and XMSR. They are both considered risky speculative stocks. Both received one-star ratings and were priced way above Morningstar's "fair value" and "consider buying" numbers. My guess is that speculative investors have long been involved with these stocks, and their inflated prices demonstrate it. Here's more evidence of Morningstar's wariness of satellite radio stock valuations:

Holding all of our other assumptions equal, XM would need about 33 million subscribers (50% more than our estimate) within 10 years to justify its recent stock price.

In our opinion, the subscriber growth necessary to justify Sirius' current stock price is highly unlikely. Holding all of our
other assumptions equal, Sirius would need close to 35 million subscribers (about 50% more than our estimate) within 10 years to justify this price.

These quotes should answer the question: Are either of these stocks investible, as opposed to tradeable?

No, neither SIRI nor XMSR seems like a prudent investment, but they could be tradeable.

Let's next look at the bulls and bears cases for each, again excerpted from Morningstar:

XMSR
Bulls Say
XM's subscriber growth has jumped from 1.3 million in December 2003
to 4.4 million in June 2005.
XM currently has factory-installation deals with companies that
encompass a larger share of the U.S. auto market than Sirius. XM's
factory-installation agreement with Toyota begins in the 2006 model
year.
XM is able to offer local weather and traffic to over 20 major radio
markets in the United States, invading terrestrial radio broadcasters'
turf.
Bears Say
At the company's recent stock price, XM's stock trades at over 25
times its 2004 sales.
In addition to substitutes for satellite radio, XM must compete with
Sirius for subscribers. This has the potential to further increase
programming, advertising, and customer acquisition expenses.
General Motors-related customers will become more expensive, as XM's
revenue-sharing agreement increases over time.

Bulls Say
Factory-installation agreements with Ford and DaimlerChrysler,
presently less mature than XM's relationships with General Motors GM
and Honda HMC, should boost Sirius' subscriber growth over the next
several years.
Sirius' revenue-sharing agreements with its automakers are believed
to be less expensive than XM's agreement with General Motors.
Starting in 2006, Howard Stern, a dominant morning radio personality,
will be broadcasting exclusively on Sirius.
Bears Say
Sirius' stock recently traded at more than 100 times 2004 sales.
The chips used in XM's radio units are smaller and cheaper to
produce. This has allowed XM to sell smaller devices and has helped
keep XM's cost of adding subscribers lower than Sirius'.
In addition to competing with terrestrial radio and other substitute
products, Sirius must also compete with XM for new subscribers. This
has the potential to keep expenses for programming and advertising
higher than expected.

I'd like to think it comes down to baseball versus football. XMSR carries Major League Baseball, while SIRI carries the NFL.

Then again, perhaps deciding between the two satellite radio services should come down to one's shock jock preference. XMSR has Opie and Anthony. SIRI will have Howard.

Or what if you're a Ford man, or a Chevy kinda guy, or you've grown up preferring Japanese quality? SIRI is installed in Ford and Chrysler automobiles, while XMSR is found in GM, Honda, and next year, Toyota vehicles.

I can pose a bunch of questions, and some either/or situations, and still not come up with a really satisfying answer. Choosing between the two is more a matter of preference.

I happen to prefer the Phils over the Iggles. O&A got me through some excruciating document review early in my legal career. I'll take a Honda over an American car, though the Hondas built in Ohio suit me just fine. And if I'm going to speculate, I'm going to take the satellite radio company with more subscribers and better sales figures. All this leads me to XMSR, over SIRI.

P.S., Here's an excerpt about Stern's recent ratings decline, as reported, sort of, at mediaweek.com: I just had to snarkily point out the beginning of the second paragraph, where the reporter basically gave up on figuring out why Howard's ratings declined, and settled on writing that they just did "for whatever reason".

Howard Stern’s year-long commercial for Sirius Satellite Radio, and continuous rant against traditional radio and the FCC, may be costing him a few of his 6.5 million weekly listeners. Or, it may be that the 50 plus-year-old graying shock jock’s schtick needs to take a new turn.

For whatever reason, since Stern announced a year ago he was leaving traditional radio for an irresistable $500 million, five-year contract with Sirius, his ratings on the whole have slid in nearly every one of his major markets, according to Arbitron ratings for Stern in New York, Los Angeles, Chicago, Philadelphia, San Francisco, Washington, D.C., Boston, Detroit and Dallas.

Among Adults 25-54, Stern’s audience share was down in the just-released Summer survey by double digits in 6 of his 9 top markets compared to a year ago. Stern's total number of weekly listeners also took significant hits in 7 of the top 9.

Even more astounding, Stern’s losses were worse among his target 18-34 year-old audience where his audience share was down in 7 of the 9 top markets. Compared to a year ago, the number of weekly listeners decreased in 7 of top 9 markets.

Some of Stern’s biggest audience losses were in perennially strong Stern markets, New York and Philadelphia. Even though Stern retained the No. 1 position among the 25-54 and 18-34 year-old demo, his weekly audiences dropped by double digits. His weekly audience among 18-34 year-olds dipped by 17 percent in New York and 21 percent in Philadelphia.
Posted by WershovenistPig at 6:19 PM

I would like to see if Miss Katy Bachman is on the payrole of Clear Channel or one of its subsidiaries?